“The tragedy is that every brain cell devoted to belief in the supernatural is a brain cell one cannot use to make life richer or easier or happier.”
– Kay Nolte Smith, “Truth or Consequences,” speech to the Freedom From
Religion Foundation 1983 national convention.

“The most curious social convention of the great age in which we live is the one to the effect that religious opinions should be respected”
– H.L. Mencken (American Mercury, March 1930). D. 1956.

“Reason is the enemy of faith.”
– Martin Luther

I have a dream that my four little children will one day live in a nation where they will not be judged by the color of their skin, but by the content of their character.”
– Martin Luther King

“Barack knows the American Dream because he’s lived it, and he wants everyone in this country to have the same opportunity, no matter who we are, or where we’re from, or what we look like, or who we love.”
– Michelle Obama, 2012 Democratic National Convention 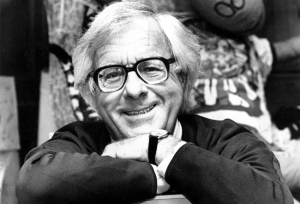 “Here lies Ray Bradbury, who loved life completely.  We are all the sons and daughters of time. So I thank the universe for making life on Earth and allowing me to come alive here.”
– Ray Bradbury (quoting him from recorded interview)

“There is no position on which people are so immovable as their religious beliefs. There is no more powerful ally one can claim in a debate than Jesus Christ, or God, or Allah, or whatever one calls this supreme being. The religious factions that are growing throughout our land are not using their religious clout with wisdom. They are trying to force government leaders into following their position 100 percent. If you disagree with these religious groups on a particular moral issue, they complain, they threaten you with a loss of money or votes or both. I’m frankly sick and tired of the political preachers across this country telling me…that if I want to be a moral person, I must believe in A, B, C, and D. Just who do they think they are?”
– Senator Barry Goldwater, R-Arizona, Congressional Record, September 16,
1981. Born Jan. 1, 1909. D. 1998.