I happened to see an article in Time magazine about the untimely deaths of Kate Spade and Anthony Bourdain. One point author Belinda Luscombe makes in her article is that the way we often look at those who are extremely successful is through the lens of one of the seven deadly sins: “Envy.” We wish we had what they have (had). That got me thinking about the other deadly sins. I think there’s something worse than envy.

You remember the whole list, right? In Christian tradition the sins are pride, covetousness, lust, anger, gluttony, envy, and sloth. As an actor I once played the character Gluttony in the play Doctor Faustus, not the opera Faust, but the original play by Christopher Marlowe (I don’t know why they cast me in that role??). I’m not really an expert on the “seven deadlies,” but let’s say I’ve experienced them all at some point in my life.

While reviewing the definitions of these sins, I discovered the original meaning of the word, “sloth.” It comes from the Latin & Greek word “Acedia.” From Wikipedia: “It’s been translated to “apathetic listlessness; depression without joy. It is related to melancholy: acedia describes the behavior and melancholy suggests the emotion producing it. In early Christian thought, the lack of joy was regarded as a willful refusal to enjoy the goodness of God. . .” Good grief!

This primitive, religious belief that depression and suicide is a sin, is something I’ve been wrestling with for years. It continues poisoning our thoughts. I have had various friends and relatives who have gone into severe depressions, some of them in such pain that it led to them taking their own lives. I don’t know anything about the nature of Kate Spade’s and Anthony Bourdain’s depression. However, it makes me so sad/mad that not only are they gone now, but that they are condemned as sinners in the eyes of the Christian God, and by many Christians who today still harbor this ill-informed belief. 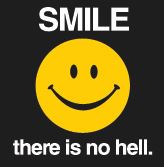 As a modern society/culture we must grow beyond these ancient tribal beliefs and work instead to understand the hideous nature of depression and seek help for those who suffer from it. Too often we try to fix the blame, instead of fixing the problem. Once you fix the blame you are done. That’s easy; you can walk away.

But if you begin with a little empathy and compassion, maybe you can help to fix the problem. Depression is a human problem. It is part of the human condition. It is not a sin, not something about which we should be judgmental. Sorry, we do not get to be vindictive Gods who can send people to hell because they are depressed and not worshiping us properly. Be kind.

Excerpt from the June 25, 2018 Time article by Belinda Luscombe
THINGS ARE NEVER WHAT THEY SEEM:

“Sometimes I wonder how all those who do not write, compose or paint can manage to escape the madness, the melancholia, the panic fear which is inherent in the human condition,” wrote Graham Greene in his second autobiography, Ways of Escape, a book which the chef, author and travel show host Anthony Bourdain, who died on June 8 at 61, kept on his nightstand.

Steelman The Humanist
Blog at WordPress.com.