In 2001, while living in Los Angeles, Ron (also known as “Steelman”) became a secular Humanist, joining every Humanist leaning group he could find: Council for Secular Humanism, American Humanist Association, Steelman supported Center For Inquiry West’s building campaign and produced, directed, and performed in the first CFI West “Festival of Reason,” which featured his Not-Ready-for-Church-Time-Players, presenting satirical skits, quotes by famous Humanists and the founders of the U.S. Constitution, and pertinent side-show attractions such as a “Dunk the Psychic” tank. 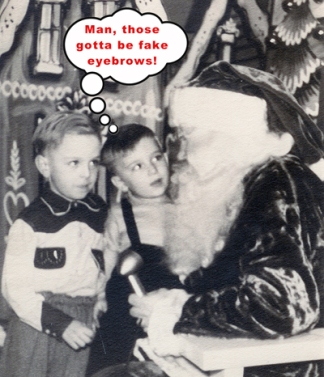 In 2003 Steelman moved to New Jersey and founded the Red Bank Humanists, which hosts monthly Forums, a book club, Humanist Salons, and a monthly mixer called “Drinking Post-Theologically.” Red Bank is located at the top of the “Jersey Shore,” an hour and fifteen minutes south of New York City. The group has 70+ members and draws audiences of 50 to 100 to its events.

Years before Ron had unknowingly established a connection to Red Bank, having written, produced and directed Red Bank’s own jazz great, Count Basie, in a series of radio and television commercials.

Ron has a diverse background and experience in the arts, television, video, theater, advertising, and marketing. He has won numerous regional Emmy and Addy awards, as well as a Best-Supporting Actor award from the New Jersey Drama Critics Association. His theatrical career included many years as an actor, performing in classical repertory theaters across the country, such as the New Jersey Shakespeare Festival, the McCarter Theatre in Princeton, and theaters in Milwaukee, Cincinnati, Boston, and Virginia. You may have heard his voice on network television commercials such as Triscuit, or you might have seen him as Jerry Seinfeld’s “Cousin Arty” in episode #3 on the long-running TV program, Seinfeld.

And below, on the cover of Paul Barry’s new book, Steelman as Sir Toby Belch in Shakespeare’s Twelfth Night, is the center of partying. . .as usual.