Yes, it’s been a while. When you get older, life has a way of cutting into your leisure time. I hope to get back to more in-depth blog posts sometime soon. But for now, I’ll have to be happy sharing a few good quotes. I hope they will illuminate your understanding of Humanism. (I will also have to learn to better use the new WordPress “Block” editor!)

“We are here because one odd group of fishes had a peculiar fin anatomy that could transform into legs for terrestrial creatures; because the earth never froze entirely during an ice age; because a small and tenuous species, arising in Africa a quarter of a million years ago, has managed, so far, to survive by hook and by. 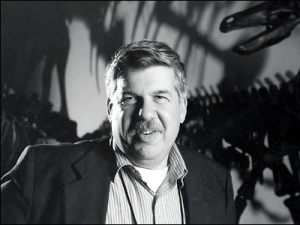 “I do not believe in God, because I believe in man. Whatever his mistakes, man has for thousands of years been working to undo the botched job your god has made. There are … some potentates I would kill by any and all means at my disposal. They are Ignorance, Superstition, and Bigotry — the most sinister and tyrannical rulers on earth.”

“In India, as elsewhere in our darkening world, religion is the poison in the blood. Where religion intervenes, mere innocence is no excuse. Yet we go on skating around this issue, speaking of religion in the fashionable language of ‘respect.’ What is there to respect in any of this, or in any of the crimes now being committed almost daily around the world in religion’s dreaded name?”

“I cannot imagine a God who rewards and punishes the objects of his creation, whose purposes are modeled after our own—a God, in short, who is but a reflection of human frailty. Neither can I believe that the individual survives the death of his body, although feeble souls harbor such thoughts through fear or ridiculous egotism. It is enough for me to contemplate the mystery of conscious life perpetuating itself through all eternity, to reflect upon the marvelous structure of the universe which we can dimly perceive, and to try humbly to comprehend even an infinitesimal part of the intelligence manifested in nature.”

“See the world as a skeptic, not a cynic,

while allowing for the wan possibility of human decency.”

― PETE HAMMILL, Piecework: Writings on Men & Women, Fools and Heroes, Lost Cities, Vanished Calamities and How the Weather Was

Skepticism is my nature, freethought is my methodology, agnosticism is my conclusion
after 25 years of being in the ministry, and
atheism is my opinion