Letters To The Editor: A Must
–  by Ron Steelman

Barry Klassel, a longtime member of Red Bank Humanists and the New Jersey Humanist Network, become the Humanist Chaplain at Rutgers University several years ago (with the help of Dr. Gary Brill, a Humanist and the Campus Coordinator for the Chaplaincy). Yes, many think “Humanist Chaplain” is an oxymoron. However, since Harvard and Columbia have Humanist Chaplains, why not Rutgers?

Point being, there needs to be someone at colleges and universities to whom non-believing students can go for information and advice. University students are forming many new ideas and have personal questions about ethics and morality. Many want to know how to be good without God. For example, Pew Research Center says one-third of Americans under 30 have no religious affiliation (January 13, 2013).

If it will make you happier, let’s just change the word Chaplain to “adviser.”

Targum: an Aramaic translation or paraphrase
of a portion of the Old Testament

Now to the point. Barry read an editorial in the Rutgers newspaper called the “Daily Targum.” Yes, Targum is a biblical word, but let’s “pass over” that for now.

The title of the editorial says it all: “Successful Society Requires Religion.” What!? And this was in an editorial to boot! When silliness like this gets printed, reasonable, rational people must respond. We all have to write more letters to the editor like this one:

“To the Editor of the Daily Targum:
Humanism Can Form The Basis For A Successful Society

The Targum editorial entitled “Successful society requires religion” is unconvincing.  Non-theistic humanism can provide the philosophical and inspirational underpinnings of a just and forward-looking society. The fact that many countries including the United States are seeing a decline in religiosity does not mean the people are losing their morals or their sense of purpose in life. Rather, they are seeing the world in a way that is more honest and more useful to them. 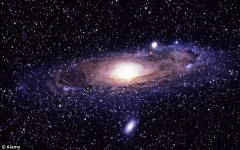 As a humanist my focus is on this one lifetime, on this world and the people in it. My family is all of humanity. My history is told in the stars, in the fossil record and in the DNA of all living creatures. I am inspired by human efforts to explore every corner of our universe and our own natures. I am moved by photos of distant galaxies, by freedom fighters around the world and by the touch of a child’s hand. I find beauty in the struggle of each human being to build a meaningful and fulfilling life. My purpose is to help them succeed.

One of the pillars of the humanist philosophy is a concern with morality. In fact, the day your editorial came out coincided with a meeting of the Humanist Chaplaincy at Rutgers on the topic of moral issues we all face. We discussed the areas of ecology, family relationships and world events. Moral questions pervade our lives and humanist principles take that into account.

A statement by the American Humanist Association expresses some of their values regarding a just society:

“Humanists are concerned for the well being of all, are committed to diversity, and respect those of differing yet humane views. We work to uphold the equal enjoyment of human rights and civil liberties in an open, secular society and maintain it is a civic duty to participate in the democratic process and a planetary duty to protect nature’s integrity, diversity, and beauty in a secure, sustainable manner.”

This is certainly a good start if we wish to have the basis for a successful society.

Barry was very rational, reasonable, even polite. That’s how you get letters to the editor printed. I, on the other hand, would have blown it. I’m sure my letter would have been rejected because I wanted to point out all the sophomoric logical fallacies in the editorial.

The Targum editorial is here.
It is filled with logical fallacies, some of which include:

1 thought on “Letters To The Editor: A Must”