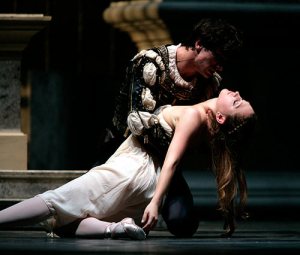 Dying Is Easy, Comedy Is Hard
by Ron Steelman

“Dying is easy, comedy is hard,” is a theatrical maxim that refers to the difficulty an actor has playing a death versus a scene that’s supposed to make the audience laugh. These words have been attributed to at least half a dozen famous actors clear back to the Shakespearean actor Edmund Kean who died in 1833. Nobody knows for sure who first uttered this witticism. As a professional actor for many years, I can attest that it’s true that comedy is harder than dying. . .at least on stage. However, we must all die for real as our final curtain comes down, yet most of us refuse to talk about dying. For superstitious reasons that is considered taboo. No one wants to die. That’s universal. It’s the superstitious folk that believe even mentioning death may actually bring about our early demise.

Most Humanists I know have removed these superstitious fears from their psyches. Humanists look at the world through a naturalistic view. Yes, some of these old superstitions die hard. But once you let them go, you enjoy a great sense of freedom.

An example of this is evidenced in the American Humanist Association’s essay: “Humanism And Its Aspirations”:

“Humans are an integral part of nature, the result of unguided evolutionary change. Humanists recognize nature as self-existing. We accept our life as all and enough, distinguishing things as they are from things as we might wish or imagine them to be. We welcome the challenges of the future, and are drawn to and undaunted by the yet to be known.”

I love that last part:  “(we) are drawn to and undaunted by the yet to be known.” This is exciting to me because we are constantly learning more and more every day about our natural world, forcing many previously held beliefs to give way to actual facts. It’s also stated in such a positive way: “yet to be known,” as opposed to “unknown.” This inspires us to learn something new every day. New facts and the truth are very important to me. Supernatural beliefs are no longer a part of my thinking. 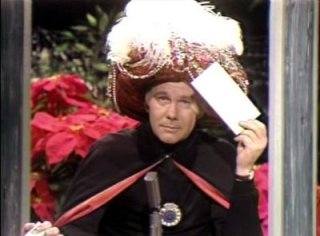 Clearly, if you had a religious upbringing, you may accept teachings such as “life after death,” or “reincarnation,” or many of the other supernatural beliefs conjured by religions. This fear of death, though, and the hope that there’s something after it, is quite understandable. After all, we want to live forever. But there is no proof of these religious claims and those who promote them can offer only anecdotal stories or parables.

Yes, I’m just like everybody else; I also am not happy that life is so short. It may be helpful to note that this unhappiness has been with us for a very long time. The following passage is from Dialogues of Lucius Annaeus Seneca, a Roman philosopher and statesman, from his essay entitled “The Shortness of Life.” *

“The majority of mortals, complain bitterly of the spitefulness of nature, because we are born for such a brief span of life, because even this space that has been granted to us rushes by so speedily and so swiftly that all save a very few find life at an end just when they are getting ready to live.”

So the only remedy to living a life that is shorter than I’d like, is to make the most of my life while I have it. I saw the following in the online newsletter of the American Humanist Association, “Humanist Network News.” This is one of Six Humanist TV Shows (short video clips) they recommend watching. I’d like to highlight the clip from the HBO show Six Feet Under.

“Alan Ball’s Six Feet Under premiered in 2001 and immediately made waves, illustrating the process of death and grief in a frank and humane way. The show covered the life and eventual death of every member of the Fisher family, owners and proprietors of Fisher and Sons Funeral Home. Disdaining of simple answers to profound moral questions, Six Feet Under sought to blur the lines between life and death, and dealt with mortality with compassion and a wicked sense of humor. The show was characterized by sometimes incredible twists and turns in plot and compelling, emotional performances from the cast.

One scene in particular stands out . . . as a profoundly humanistic moment. Trying to comfort a bereaved client, Nate Fisher (forced reluctantly into the family business he left home to avoid) offers an incredible answer to the question, ‘Why do people have to die?’ His response: ‘To make life important.’”

I am encouraged by the Secular Humanist philosophy to be good and do good,and to enjoy as much as possible this one life that I have. I’ve found it to be true over and over that many people, when learning about Humanism, say that it is what they’ve always thought. . .but they just didn’t know there was a name for it.

There are many different and heady definitions of Humanism. Below is the definition of Humanism from the American Humanist Association’s “Humanism And Its Aspirations”:

“Humanism is a progressive philosophy of life that, without supernaturalism, affirms our ability and responsibility to lead ethical lives of personal fulfillment that aspire to the greater good of humanity.

“The lifestance of Humanism—guided by reason, inspired by compassion, and informed by experience—encourages us to live life well and fully. It evolved through the ages and continues to develop through the efforts of thoughtful people who recognize that values and ideals, however carefully wrought, are subject to change as our knowledge and understandings advance.”**

Dying is never easy, but living a happy productive life is the best revenge!

** from Humanism And Its Aspirations – Humanist Manifesto III